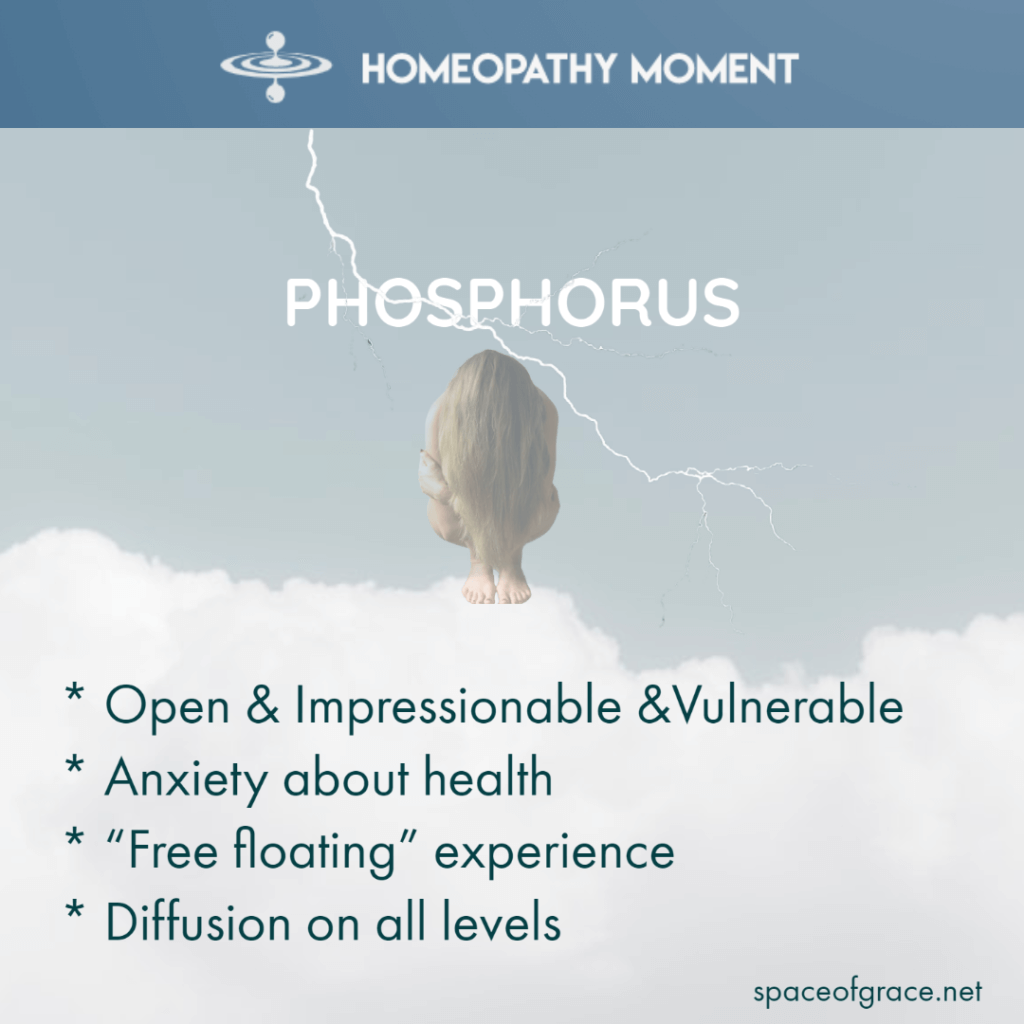 Just like the phosphorus element the individual who will benefit from this remedy is rather easy to spot due to its shining and sparkling nature.🤩 It will be a very sweet individual, the one that it’s pleasant to be around, they have a sort of magnetism to them and many will seek their company. Friendships come easy to them. They are also very impressionable beings which means they are influenced and swayed rather easy by their surroundings and saying “No” to others comes with great difficulty.

In my own experience the people to whom I gave this remedy were already in a dire state, not so much physically as it was the mental level that was deeply affected. It was bordering the state of insanity.🥴 When they reach this condition it’s not easy, of course, to see their usual sparkling nature but the sweetness still remains even at their worst.

Now there are a few ways to get to such a serious state/condition but one of the more prominent themes is the disharmony in their love/intimate relationships. They have quite an idealistic view on love based on looots of imagination which does not always match reality and dealing with this might prove to be very challenging. Multiple marriages is not uncommon for Phosphorus individual. There is an addiction we can say to this sweet energy of an affair, of every new connection/relationship. All is good while it lasts, unfortunately this doesn’t last very long and the simple every day living has to be confronted eventually. The person will often complain of ennui (another cool word which means boredom) and depression is another likely outcome at some point. ☹️

Another interesting theme is the point mentioned in the picture “diffusion on all levels”. To note one aspect of that I remember the Phosphorus case who gave me the key almost immediately during his first consultation by saying that he feels like he has no boundaries. This will also be connected to the inability to say “no” to others, thus the lack of personal boundary. It is as if they lose their identity, there is no grounded/integral sense of self. Being impressionable does not help as they get swayed by everyone who is trying to help and give advice, and imagine all the friends they have due to their sweet nature… pfff, insanity 😵

Utilizing homeopathy and in this case taking a pill of Phosphorus can give one a break, the sense of stability and one can avoid for the moment the mental institution but this does not solve it all, essentially it only gives time for one to really work on self, to go deeper into understanding the relationship with one’s own being, body and mind and in this develop the true integrity that can stand unwavering no matter what comes. 😎