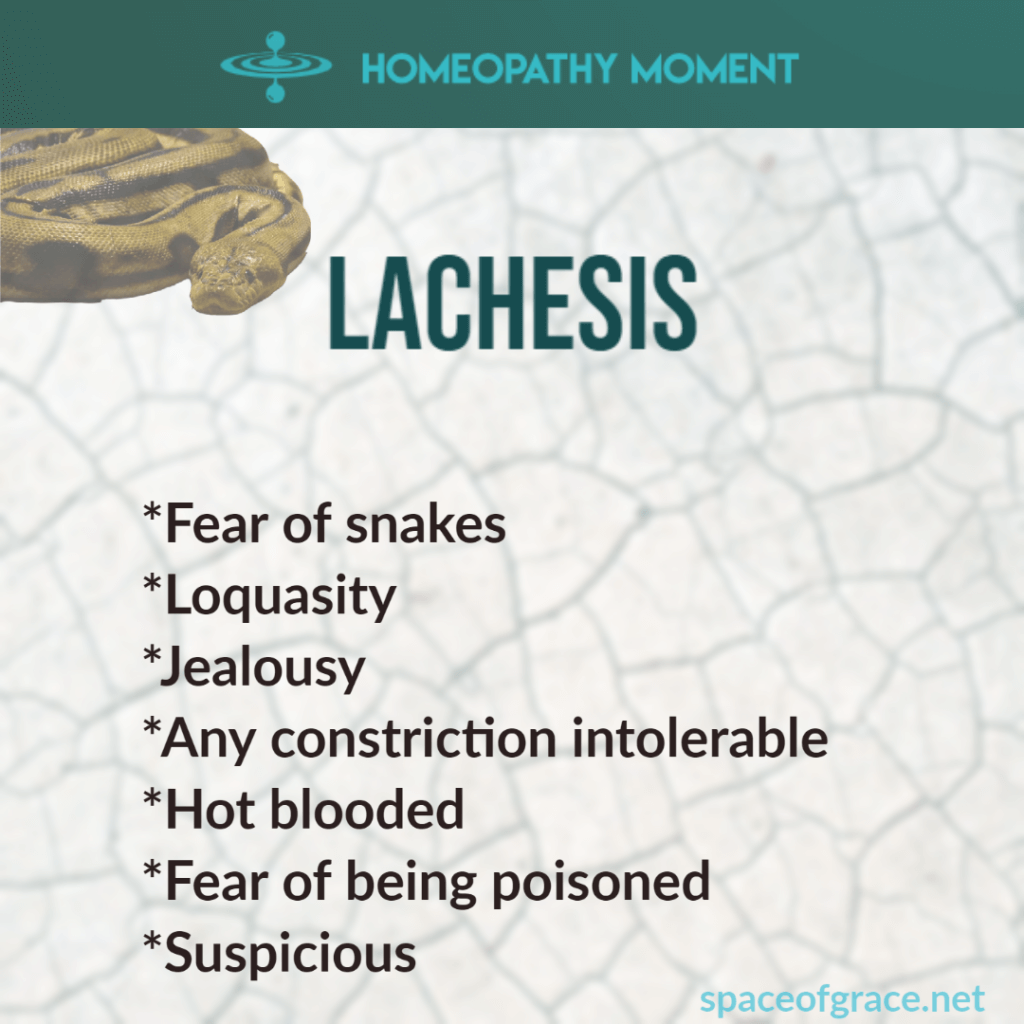 This remedy is derived from the poison of Brazilian bushmaster, or Surukuku, one of the most poisonous and aggressive snakes found in the western hemisphere. Nice

It was discovered in 1828 by Constantine Hering who is considered to be the father of American homeopathy. Just like many of the homeopaths at that time he was doing the proving of the remedies on himself and his students. The proving basically means testing of the remedy and finding out what it’s good for. This process consists of taking very small doses (diluted) of the remedy over a period of time and recording any and all symptoms they would experience on mind and body levels. This then means basically that whatever the medicine can cause in a healthy person it can also cure in a sick. With this remedy Hering and his student elicited about 3800 symptoms. Nice…and confusing!

Mr. Hering perhaps driven by his German thoroughness went even further and at one point consumed the undiluted form, also called mother tincture of the poison thus entering a state of complete delirium for a couple of days having instructed his wife to stand with a notebook and record every word. Unfortunately with continuous proving of this remedy he later paralyzed his left arm for life. Not so nice… but really goes to show the dedication of these men at the time.

Another interesting fact I found kind of funny was that of the snake itself from which the poison was taken to make the remedy. For about 2 decades all the Lachesis pills were done from one milking of the first snake until some American pharmacist decided that it’s time to get another Bushmaster shipped from Brazil. Further I quote: ‘When the animal arrived it caused a sensation in the homeopathic world “Lachesis II arrives in America” were the headline in the journals. Photographs of the snake from different angles were displayed, and its habits and physical dimensions were described as lovingly as if it was a film star.’…. What a different world was back then

Ok, so now a bit about the characteristics of this remedy. Usually it is someone who likes to talk a lot, there is no effort on their part to find topics for conversation, it’s an endless flow. Jumping from one subject to another. The word describing this characteristic is loquacious.
In simple terms we can say that it is someone who is high strung and simply has this need “to spill the beans” on every level. They don’t have a choice really, it’s what they need to do. The problems arise when these channels of expression are impaired, then there is suppression and naturally from that ailments begin to manifest. On the physical level we will see the intolerance of any tight clothes around the body, especially the neck area. It’s one way how the intolerance to constriction shows up. Like the picture says there is also very strong jealousy and suspicion. Mostly these are unwarranted creations without any rational reasons behind it, but of course through our persistent attention on something we are very much able to eventually attract that which we so “desire”. Fear of snakes is another good confirmatory symptom.

So these are the key points to look at when dealing with this remedy. Sure there are many many more pages written in describing this remedy but if we have two or three of these main qualities and if they are very prominent in any given individual it becomes very likely that this remedy will support one greatly.