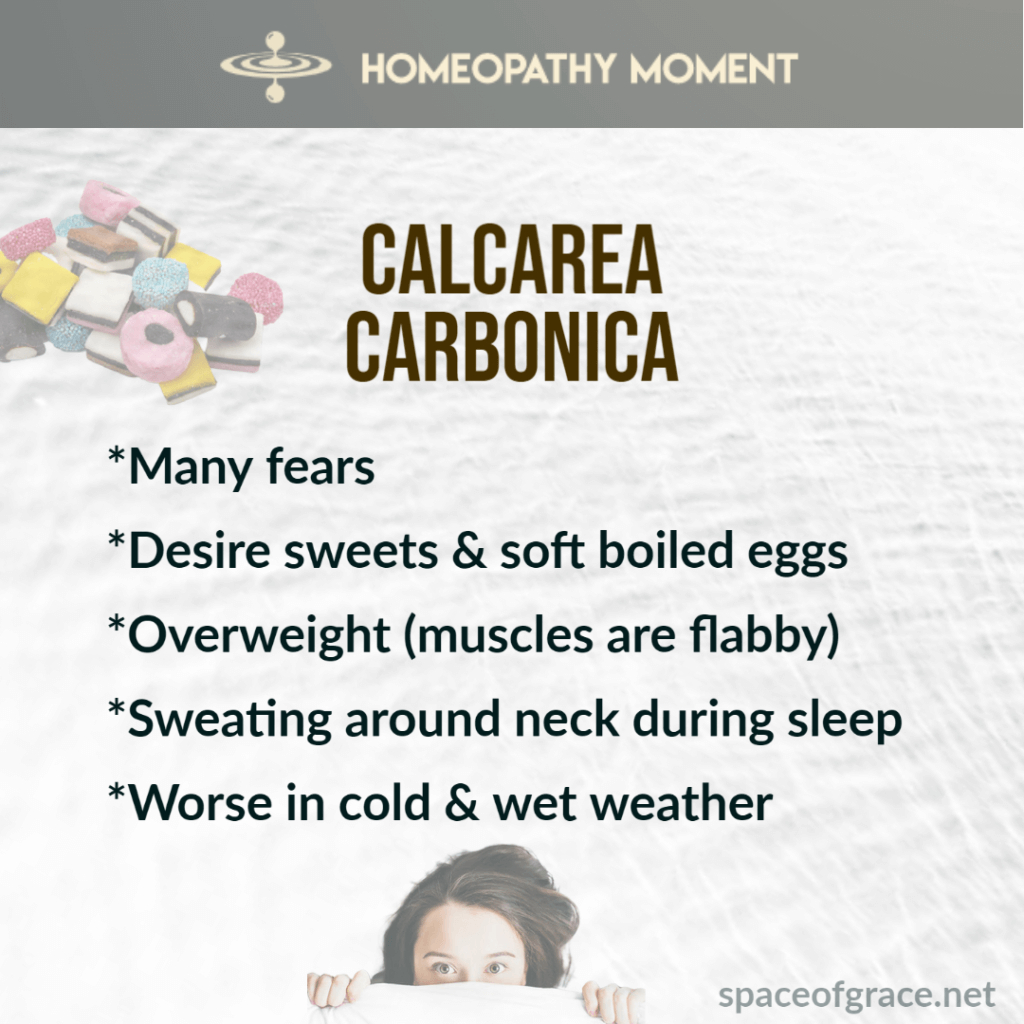 Another common remedy that is handy to have in one’s kit is Calcarea Carbonica.

Now, in general what I find is cool about homeopathy is the ‘hunting’ process. By this I mean the attempt to find the best matching remedy in every case, a remedy which has to be singled out of more than 2000 that is available. Sometimes it’s a bit like being a detective trying to solve the ‘mystery crime’ and in this searching for clues that could lead you to the answer. There are many ways to do that but one that is most intriguing is the ‘hunt’ for symptoms that we call are strange, rare and peculiar. It rarely happens but when it does it’s pretty cool. For example just a few months ago I started to have a very strong pain of the bone in my right ankle, that bone is called medial malleolus. The pain was very persisting, it was difficult to walk and after the third day I finally I decided to check what homeopathy has to say about it. Now this is what we can call a rare symptom and there was only one remedy associated with it. I quickly checked it’s description (most remedies have both physical and mental symptoms associated with them) and I was amazed to see how the mental part was fitting my current state I was in. I took it and not surprisingly the pain was gone in minutes. So this is an example of a rare symptom but there are also strange and peculiar ones like for example some people would have this very strong sensation that they are made of glass and any moment they can break, or somebody who craves indigestible things like chalk, earth and pencils, or a person waking up every night at 2am etc. There are a quite a few of them and they are rather valuable in this search for the one.

Now the reason I brought up this subject is that with Calcarea I found a few of these points (strange, rare, peculiar) that are very effective. For example one is for people who have almost a lifelong constipation. This constipation is rather specific in that it doesn’t really bother them too much, they just have been pooping every 4 -5 days and it’s their normal schedule. How are they ok with this is beyond me, but anyway, if you give a dose of this remedy this release will become a daily occurrence. I didn’t really notice that this would create a big impact on general level but they seem to be rather grateful to have more frequent evacuations 😁

Another indication for this remedy which is almost certain is when seeing the symptom of perspiration of the neck during sleep. Basically upon waking up one notices that the pillow is wet. I’ve seen this mostly for children but adults also have responded. Calcarea will help with that specific symptom but should also address other points that have been bothering the person.

Now if the symptoms are more common then it’s not a very good idea to prescribe based on only one symptom. It is said it’s best to find at least three stronger symptoms that are covered by a remedy before deciding that it’s a good fit. So that’s the basic that everyone can apply for simple use.