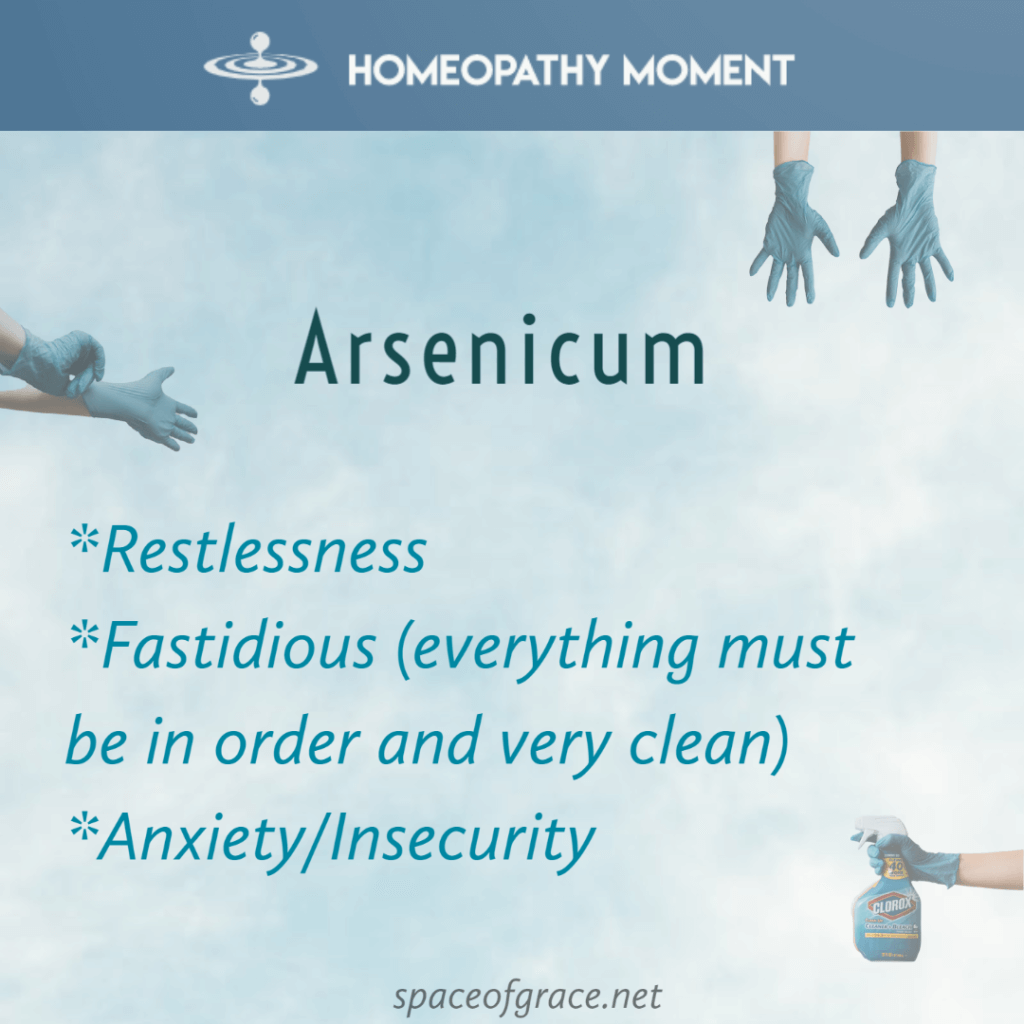 It’s very unlikely that anyone who encounters homeopathy for the first time will be without any doubt that it can actually work, especially when finding out that the homeopathic remedies do not contain any traceable amount of the original substance from which they are made. Take this remedy for example – it’s made from a well known poison arsenic, but the amount of that poison in a homeopathically prepared medicine is comparable to one drop in the ocean. So I can understand this doubt very well. I had some of my own when I started with my first prescriptions, it was very slight but it was there in the background. It was slight because even at that time science was already able to prove that water can contain memory which is the basis of homeopathy. So based on that and many other things I was quite sure that homeopathy works but still some doubt was there.

Arsenic was that remedy which ended them all for good. Later I found that any remedy can do that when the match is “made in heaven” so to speak 🙂 meaning that when the remedy really fits the person. Then the magic happens, then you see the law of “like cures like” in action. You just cannot deny it.

Everyone should experience this. I mean it’s really fun. Try it. If I convinced you this remedy is perfect for that purpose because it’s one that is quite easy to spot and likely there is one around you somewhere or we ourselves can be in that state at some point.

So, this personality will be restless and fastidious (nice word that I found not many know) which basically means that the person likes order and is very attentive to accuracy and detail. In this remedy there can be quite an obsession with cleaning as well. This desire for order is also compulsive. I remember the guy at my previous work who asked me to make some scans of his documents and when he saw that I placed the paper half a centimeter away from the border… I mean, he couldn’t just stand and do nothing, lol, it’s unacceptable such degree of unprecision. So yeah, they will not usually be the ones who will cause a scene, they might be fidgety but will contain themselves in a politely manner while figuring out a way to bring the order (can be quite annoying honestly). This fastidiousness comes from the starting point of fear/anxiety. We had this girl who was a cleaner at work and her colleagues were a bit angry with her because her way of cleaning made everyone look like they are not working 🙂 little did they know that she didn’t really have a choice in the matter, cleaning was just her way of maintaining the anxiety, at home she was doing the same thing. Next day after taking the remedy she accused me (in a nice way) of giving her drugs because the experience was like that of being high, the work didn’t matter so much anymore, she was still doing it but she was also enjoying the occasional chats with people, laughing and just being relaxed in between the tasks. She asked if she can have more of that “magic”, and we repeated the dose. Next day she was again cool and relaxed. But at some point this relaxation caused her to miss a detail which resulted in some consequence and I suspected that this could be a threat for the anxiety to come back, now even stronger than before. It was indeed a bit intense for that moment but this did not last long and having observed her for another year I saw that she never returned to the previous levels of anxiety and actually kept improving. In any case after this I started recommending to people that when taking a remedy and noticing a reaction to stop taking it and only repeating if/when necessary. There are of course exceptions but that is the general rule. Ok, I guess that gives a general Arsenicum picture, enjoy if you decide to give it a try 🙂 Best potency would be 30C for this btw