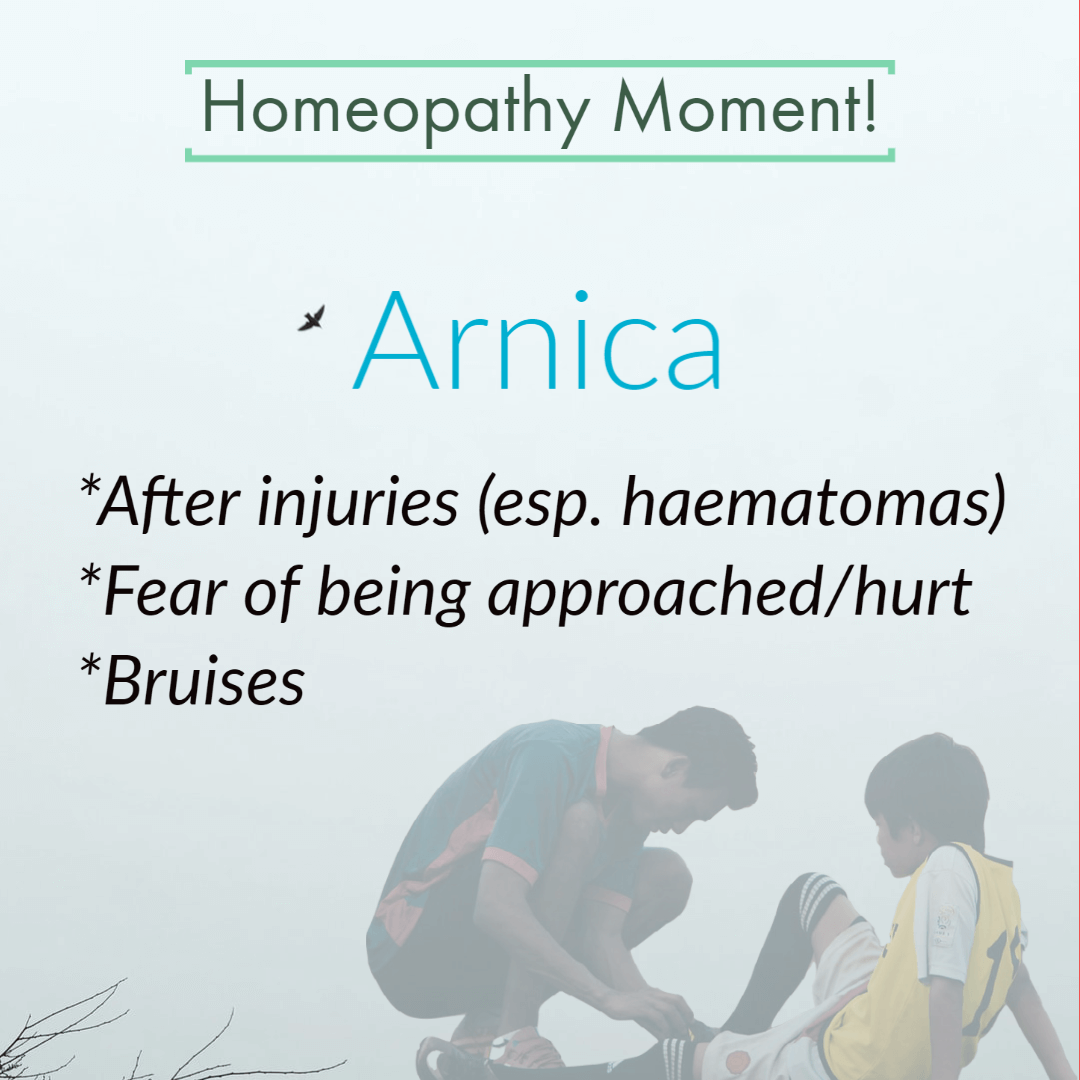 For me that was my most important remedy since I got to know it, perhaps due to my nature of being quite prone to various injuries and getting a bruise here and there. Even though I became much more careful I still carry it in my bag when I go to the climbing gym, just in case.

It was also the remedy which gave me the first glimpse into how Homeopathy works. That question was bothering me quite a bit in the beginning. And when you seek you shall find!!! Anyway so I was playing basketball with a good friend of mine and at some point he got an injury on his finger, it clashed with the ball. The ball wasn’t hurt and the game continued. My friend on the other hand excused himself minutes later, already having the swelling and the blueness emerging on the finger. On the way out I remembered that I have a bottle of Arnica in my car and without hesitation he was forced to take it. Also with Arnica it’s important to note that the injury cannot be open, not lacerated, no blood basically. It has to be basically this congestion/suppression of blood into some part of the body, a bruise, like a haematoma. It’s also know to be able to absorb a haematoma after man years.

Ok, so 10-15 minutes later as we were walking in the supermarket my friend suddenly approached me with a revelation that he has just experienced. What he realized was that he was under a lot of pressure when playing basketball. Here it’s important to understand that Lithuania is very big on basketball and if you are tall you are kind of naturally putting that expectation upon yourself to be a good player. And my friend is a very tall guy, and very bad at basketball. So he started saying how he was judging himself throughout the game, having all these expectations which he was failing to meet and at some point the only thing he desired was to find a way to escape the whole situation, he just wanted it to end. And when you seek you shall find!!! lol he got what he wanted, perhaps only not exactly the way he wanted. So, after he has shared his realization we both had a good laugh at the stupidity of it all and how we manage to entangle ourselves in such believes about who and how we are supposed to be.

Now observing diseases in general, even those that apparently have only a physical causation it wasn’t difficult to see that there is also mind dimensions playing a role. Now where and how exactly the homeopathic remedy acted in the case above is still beyond me but the effect in this case, and so many others, was amazing. The swelling, the bruise and the pain was gone the next day.